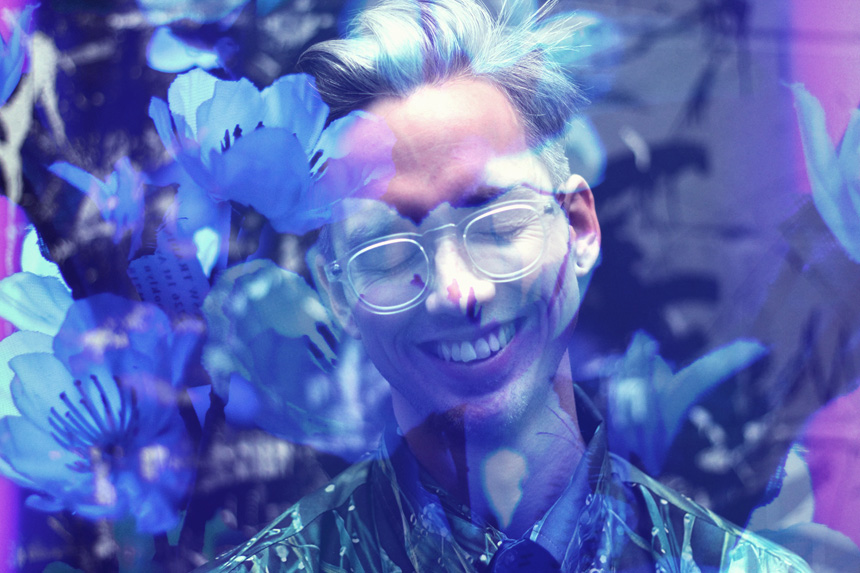 A month or two ago, a friend I talk about music with online was telling me about seeing Laurel Halo and Peter Van Hoesen in Brooklyn and speaking with a guy there who “produces tracks” – how many of those have you met at a party? But he insisted I’d like the tracks, and at some point he slyly mentioned that the guy was recording for L.I.E.S., for my money one of the hotter labels going right now (check Legowelt’s recent Sark Island Acid for proof). Chalk one up for randoms at parties with music hobbies. The tracks on Terekke’s Soundcloud (two of which, Damn andPf Pf Pass, appear on his debut 12”) depict an introverted, uniquely smudged take on dance music. If you’ve ever jammed old WBMX) recordings where radio fuzz and cassette hiss make, say, Mr. Fingers’s Can You Feel It even more narcotic, this music should sound like a perfect companion (listen to Damn on the right). I asked him a few questions about his project, roots and ambitions.

Introduce yourself: where are you from, where are you located, day job etc? Also how do you pronounce Terekke and where does the name come from?

Hello DUMMYMAG, I made a 12” for Long Island Electrical Systems [L.I.E.S.] called TEREKKE (pronounced ta-reek). My real name is irrelevant and boring and already out on the internet if you look for it. I work during the day at an audio/synth repair shop in Manhattan called The Analog Lab (part of EARS), and reside in Brooklyn NY. I grew up next to a small lake in upstate New York.

DJ ‘TEREKKE’ SMITH came about one day when my friend Lena asked me a DJ a party and needed a name for the flyer. On the bottom of a brown paper bag was the name and I liked the way TEREKKE looked, strong vertical lines and repetition.

How long have you been producing? What got you into it?

I’ve been making music my whole life. I started recording with a karaoke machine that had a dual cassette deck and just kept dubbing between the two sides. I’ve also been playing drums since middle school.

Ron Morelli is the man! He and I had mutual friends and one day he contacted me saying he liked the tracks and wanted to put out a 12” white label. I was a fan of his label before the 12” and had listened to his old show on EVR a bunch. He’s a really amazing DJ and it’s really nice to have someone you respect come through and dig your tracks and give you the respect back.

Are you totally analog-based? I get the sense that your tracks are cut out of longer jams, is that accurate?

Totally analog? Probably not. The Roland TR-707 is not a true analog voice drum machine but I still love it, and I used a Yamaha DX100…you just have to USEWHAT SOUNDS GOOD TO YOU! It’s really easy to make horrible sounding instruments on a computer and really hard to make abrasive sounds on an analog synth. The tracks that you hear on the record or on Soundcloud are usually cut off by a couple measures on each side but not necessary cut from longer jams. I try and get in the right frame of mind and lay something down that’s got the right energy from the get-go (does that make sense?) but a lot of times the cassette runs out and it’s over, and you can hear that on the record.

Your L.I.E.S. 12” and most of the stuff on your Soundcloud sound really smudged. Is recording to tape an aesthetic choice or simply out of necessity/ease of use? A little of both? Not that the stuff is unplayable in DJ sets but the tracks definitely stand out in a mix because of the fuzz.

I record to cassette tape because I don’t own a computer. I’m not against using one, I just dont have one in my studio.

Everyone has a way they like to hear things. I could record to computer but I think it would sound really similar. I EQ out a lot, almost all, of the high end, and people usually tend to associate that with cassette but I don’t feel that’s the case here. Natural tape compression is also a beautiful thing, and if I didn’t get it automatically I would probably emulate it.

On a similar note, do you have ambitions as far as making full-on dancefloor tracks? Asis kind of sounds that way. At the same time, Newworldaquarium has talked about how he thinks of his his tracks as “landscapes”, and I get a similar feel from most of your stuff – the changes are subtle, it’s kind of private, home-listening house. Do you think about creating these kinds of “spaces” at all? Sorry if that’s kind of a vague question.

I think for song to be considered “dance music” it has to connect with people. It needs to be rhythmically exciting, and not just with instrumentation but also sonically. It also needs to get into their very being and make their body wanna move uncontrollably, all while not being a cliche. If you can humanize a song with vocals and still pull it off, game over!

I feel that once a song is put out it’s up to the DJ to make people dance. I was actually out a couple weekends ago and in the middle of a friends DJ set he playedVitamin C by Can and people LOST THEIR SHIT!

When I make tracks I usually get into a certain frame of mind, I contemplate moments in my life or encounters that day, reflect on dreams I’ve had. Mostly though I like to imagine myself leaving my body, floating up slowly until I get deep into space and time. Astral projection is a nice word for it. That usually helps craft a lot the music I write and also helps me maintain perspective and balance in my waking life. Meditation is important.

For vocals I try and create a conversation like in dreams where the context of the words make sense but you can’t quite grasp the words themselves, yet it invokes a feeling, nostalgia, happiness etc… That’s the goal at least.

This may make them “home-listening house” tracks, it may not, not sure how to answer that question. I played the 12” out once when I first got the test pressing, and slowed it down to 33 (it plays at 45) and people were dancing. It’s really all a matter of context, fit the vibe, ya know?!

As for NWAQ, that dudes rules, his music is relevant and his music brings you somewhere. I love his label and his music will stand the test of time, he’s also an amazing DJ.

You just started playing live, yeah? How is that working out? Is your live set-up the same as the studio one?

I just played my first show a couple weeks ago. It’s actually my favorite NYC party called Mutual Dreaming, always good vibes. That was probably the only reason I agreed to play, and so I spent the week before learning the songs…again.

My friend Jan Woo (also one of my favorite DJs, Vibes!) just let me borrow his Xoxbox so I might start using that too.

What’s coming up for you?

I’m planning on doing a proper L.I.E.S. release in the fall/winter and work on a live show in the meantime. Hopefully by next summer I’ll be able to do some parties in Europe and around the US. Doing the occasional DJ thing as well.

Other than that I’m always drawing or collecting record covers, I listen to music from the minute I wake up to the second my head hits the pillow. I started planting a small garden outside my window, and usually go skateboarding and ride my bike everyday. : )