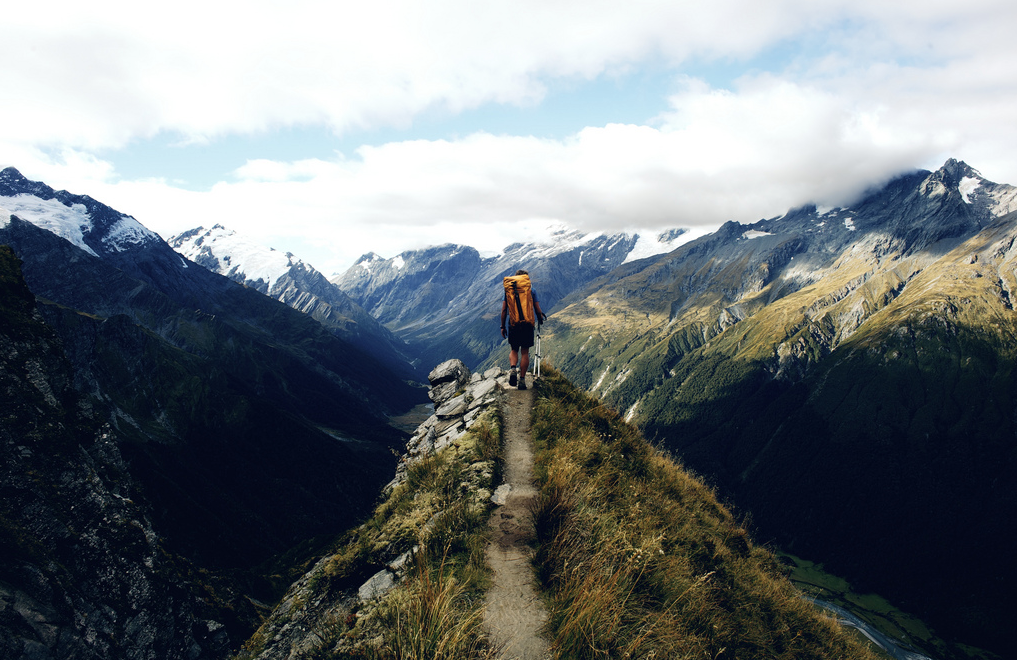 Color photography was explored beginning in the mid-19th century. Early experiments in color required extremely long exposures (hours or days for camera images) and could not “fix” the photograph to prevent the color from quickly fading when exposed to white light.

The first permanent color photograph was taken in 1861 using the three-color-separation principle first published by physicist James Clerk Maxwell in 1855. Maxwell’s idea was to take three separate black-and-white photographs through red, green and blue filters. This provides the photographer with the three basic channels required to recreate a color image.

Transparent prints of the images could be projected through similar color filters and superimposed on the projection screen, an additive method of color reproduction. A color print on paper could be produced by superimposing carbon prints of the three images made in their complementary colors, a subtractive method of color reproduction pioneered by Louis Ducos du Hauron in the late 1860s.

Russian photographer Sergei Mikhailovich Prokudin-Gorskii made extensive use of this color separation technique, employing a special camera which successively exposed the three color-filtered images on different parts of an oblongplate. Because his exposures were not simultaneous, unsteady subjects exhibited color “fringes” or, if rapidly moving through the scene, appeared as brightly colored ghosts in the resulting projected or printed images.

The development of color photography was hindered by the limited sensitivity of early photographic materials, which were mostly sensitive to blue, only slightly sensitive to green, and virtually insensitive to red. The discovery of dye sensitization by photochemist Hermann Vogel in 1873 suddenly made it possible to add sensitivity to green, yellow and even red. Improved color sensitizers and ongoing improvements in the overall sensitivity of emulsions steadily reduced the once-prohibitive long exposure times required for color, bringing it ever closer to commercial viability.

Autochrome, the first commercially successful color process, was introduced by the Lumière brothers in 1907. Autochrome plates incorporated a mosaic color filter layer made of dyed grains of potato starch, which allowed the three color components to be recorded as adjacent microscopic image fragments. After an Autochrome plate was reversal processed to produce a positive transparency, the starch grains served to illuminate each fragment with the correct color and the tiny colored points blended together in the eye, synthesizing the color of the subject by the additive method. Autochrome plates were one of several varieties of additive color screen plates and films marketed between the 1890s and the 1950s.

Kodachrome, the first modern “integral tripack” (or “monopack”) color film, was introduced by Kodak in 1935. It captured the three color components in a multilayer emulsion. One layer was sensitized to record the red-dominated part of the spectrum, another layer recorded only the green part and a third recorded only the blue. Without special film processing, the result would simply be three superimposed black-and-white images, but complementary cyan, magenta, and yellow dye images were created in those layers by adding color couplers during a complex processing procedure.

Agfa’s similarly structured Agfacolor Neu was introduced in 1936. Unlike Kodachrome, the color couplers in Agfacolor Neu were incorporated into the emulsion layers during manufacture, which greatly simplified the processing. Currently available color films still employ a multilayer emulsion and the same principles, most closely resembling Agfa’s product.

Instant color film, used in a special camera which yielded a unique finished color print only a minute or two after the exposure, was introduced by Polaroid in 1963.

Color photography may form images as positive transparencies, which can be used in a slide projector, or as color negatives intended for use in creating positive color enlargements on specially coated paper. The latter is now the most common form of film (non-digital) color photography owing to the introduction of automated photo printing equipment.