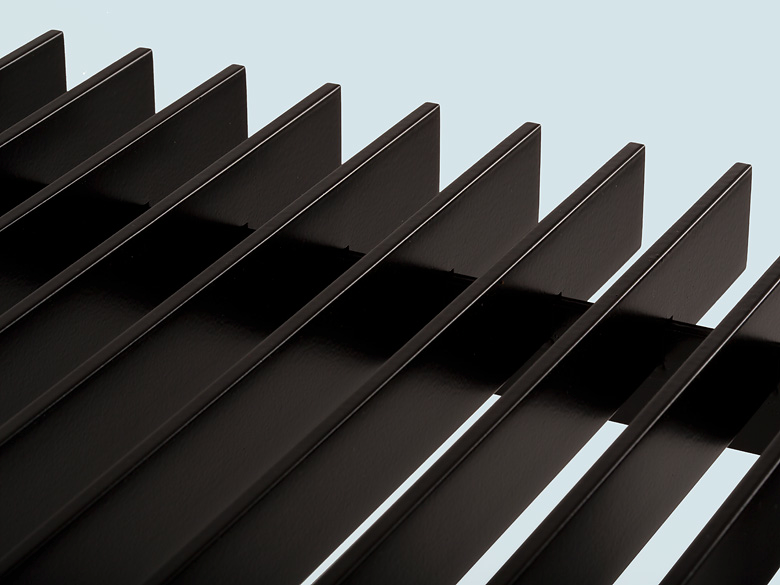 Within the fashion industry, intellectual property is not enforced as it is within the film industry and music industry. Robert Glariston, intellectual property expert at Creative Business House (an organization specializing in fashion and trademarking), mentioned in a fashion seminar held in LA that “Copyright law regarding clothing is a current hot-button issue in the industry. We often have to draw the line between designers being inspired by a design and those outright stealing it in different places.” To take inspiration from others’ designs contributes to the fashion industry’s ability to establish clothing trends. For the past few years, WGSN has been a dominant source of fashion news and forecasts in encouraging fashion brands worldwide to be inspired by one another. Enticing consumers to buy clothing by establishing new trends is, some have argued, a key component of the industry’s success. Intellectual property rules that interfere with this process of trend-making would, in this view, be counter-productive. On the other hand, it is often argued that the blatant theft of new ideas, unique designs, and design details by larger companies is what often contributes to the failure of many smaller or independent design companies.

Anthropology, the study of culture and human societies, studies fashion by asking why a certain styles are deemed socially appropriate and others are not. A certain way is chosen and that becomes the fashion as defined by a certain people as a whole, so if a particular style has a meaning in an already occurring set of beliefs that style will become fashion. According to Ted Polhemus and Lynn Procter, fashion can be described as adornment, of which there are two types: fashion and anti-fashion. Through the capitalization and commoditisation of clothing, accessories, and shoes, etc., what once constituted anti-fashion becomes part of fashion as the lines between fashion and anti-fashion are blurred.

The definition of fashion and anti-fashion is as follows: Anti-fashion is fixed and changes little over time. Anti-fashion is different depending on the cultural or social group one is associated with or where one lives, but within that group or locality the style changes little. Fashion is the exact opposite of anti-fashion. Fashion changes very quickly and is not affiliated with one group or area of the world but is spread out throughout the world wherever people can communicate easily with each other. For example, Queen Elizabeth II’s 1953 coronation gown is an example of anti-fashion because it is traditional and does not change over any period whereas a gown from fashion designer Dior’s collection of 1953 is fashion because the style will change every season as Dior comes up with a new gown to replace the old one. In the Dior gown the length, cut, fabric, and embroidery of the gown change from season to season. Anti-fashion is concerned with maintaining the status quo while fashion is concerned with social mobility. Time is expressed in terms of continuity in anti-fashion and as change in fashion. Fashion has changing modes of adornment while anti-fashion has fixed modes of adornment. Indigenous and peasant modes of adornment are an example of anti-fashion. Change in fashion is part of the larger system and is structured to be a deliberate change in style.

Today, people in rich countries are linked to people in poor countries through the commoditisation and consumption of what is called fashion. People work long hours in one area of the globe to produce things that people in another part of the globe are anxious to consume. An example of this is the chain of production and consumption of Nike shoes, which are produced in Taiwan and then purchased in North America. At the production end there is nation-building a hard working ideology that leads people to produce and entices people to consume with a vast amount of goods for the offering. Commodities are no longer just utilitarian but are fashionable, be they running shoes or sweat suits.

The change from anti-fashion to fashion because of the influence of western capitalist civilization can be seen in eastern Indonesia. The ikat textiles of the Ngada area of eastern Indonesia are changing because of modernization and development. Traditionally, in the Ngada area there was no idea similar to that of the Western idea of fashion, but anti-fashion in the form of traditional textiles and ways to adorn oneself were widely popular. Textiles in Indonesia have played many roles for the local people. Textiles defined a person’s rank and status; certain textiles indicated being part of the ruling class. People expressed their ethnic identity and social hierarchy through textiles. Because some Indonesians bartered ikat textiles for food, the textiles constituted economic goods, and as some textile design motifs had spiritual religious meanings, textiles were also a way to communicate religious messages.

In eastern Indonesia, both the production and use of traditional textiles have been transformed as the production, use and value associated with textiles have changed due to modernization. In the past, women produced the textiles either for home consumption or to trade with others. Today this has changed as most textiles are not being produced at home. Western goods are considered modern and are valued more than traditional goods, including the sarong, which retain a lingering association with colonialism. Now, sarongs are used only for rituals and ceremonial occasions, whereas western clothes are worn to church or government offices. Civil servants working in urban areas are more likely than peasants to make the distinction between western and traditional clothes. Following Indonesia’s independence from the Dutch, people increasingly started buying factory made shirts and sarongs. In textile-producing areas the growing of cotton and production of naturally coloured thread became obsolete. Traditional motifs on textiles are no longer considered the property of a certain social class or age group. Wives of government officials are promoting the use of traditional textiles in the form of western garments such as skirts, vests and blouses. This trend is also being followed by the general populace, and whoever can afford to hire a tailor is doing so to stitch traditional ikat textiles into western clothes. Thus, traditional textiles are now fashion goods and are no longer confined to the black, white and brown colour palette but come in array of colours. Traditional textiles are also being used in interior decorations and to make handbags, wallets and other accessories, which are considered fashionable by civil servants and their families. There is also a booming tourist trade in the eastern Indonesian city of Kupang where international as well as domestic tourists are eager to purchase traditionally printed western goods.

One up-and-coming fashion cause is trashion, which is using trash to make clothes, jewelery and other fashion items in order to promote awareness of pollution. There are a number of modern trashion artists such as Marina DeBris, Ann Wizer, and Nancy Judd.