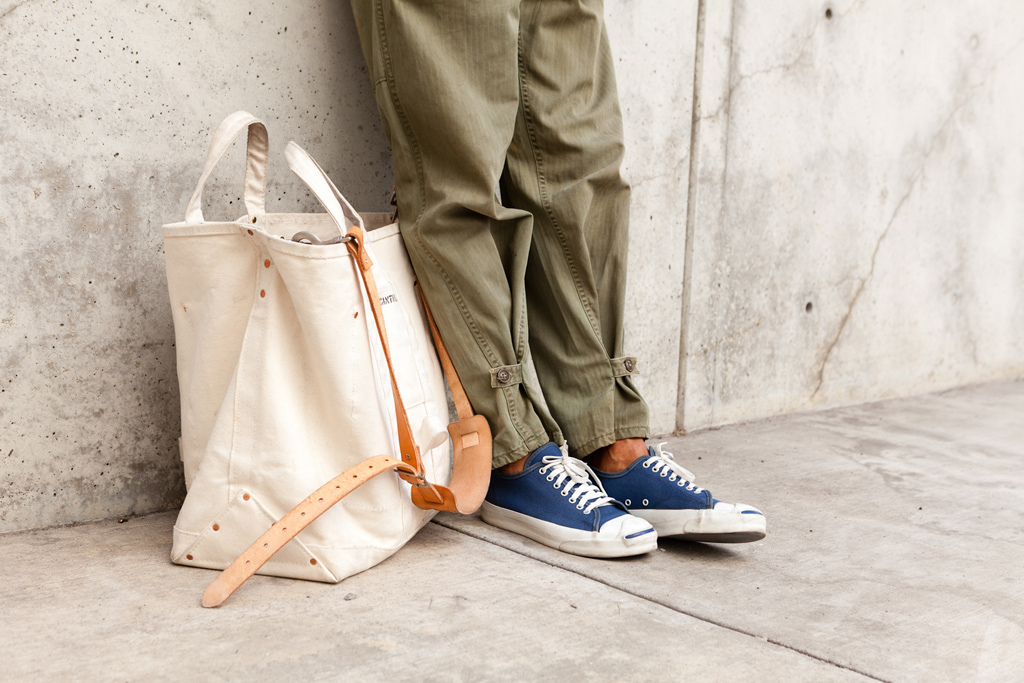 Although Japanese street fashion is known for its mix-match of different styles and genres, and there is no single sought-after brand that can consistently appeal to all fashion groups, the huge demand created by the fashion-conscious population is fed and supported by Japan’s vibrant fashion industry. Issey Miyake, Yohji Yamamoto, and Rei Kawakubo of the Comme des Garçons are often said to be the three cornerstone brands of Japanese fashion. Together they were particularly recognized as a Japanese fashion force in the early 80s for their intensive use of monochrome color and cutting-edge design.

As early as the 1950s, there were a few brands specially catered to street fashion, like Onitsuka Tiger (now known as the ASICS), but arguably it wasn’t until the early 1990s that the industry saw a blooming emergence of street fashion brands. The most popular ones include: A Bathing Ape, Comme des Garçons, Evisu, Head Porter, OriginalFake, Uniqlo, Visvim, W)TAPs, and XLarge. Street Fashion brands frequently feature collaborations with popular artists and designers and use limited edition as a selling strategy. There are also brands that target specific fashion groups. For example, Angelic Pretty is for Lolita style and Sex Pot Revenge for Punk style.

Japan is also known for its significant consumption of foreign luxury brands. According to data from 2006, Japan consumed 41 percent of the entire world’s luxury goods. The blue line of Burberry is among the most successful in this arena.