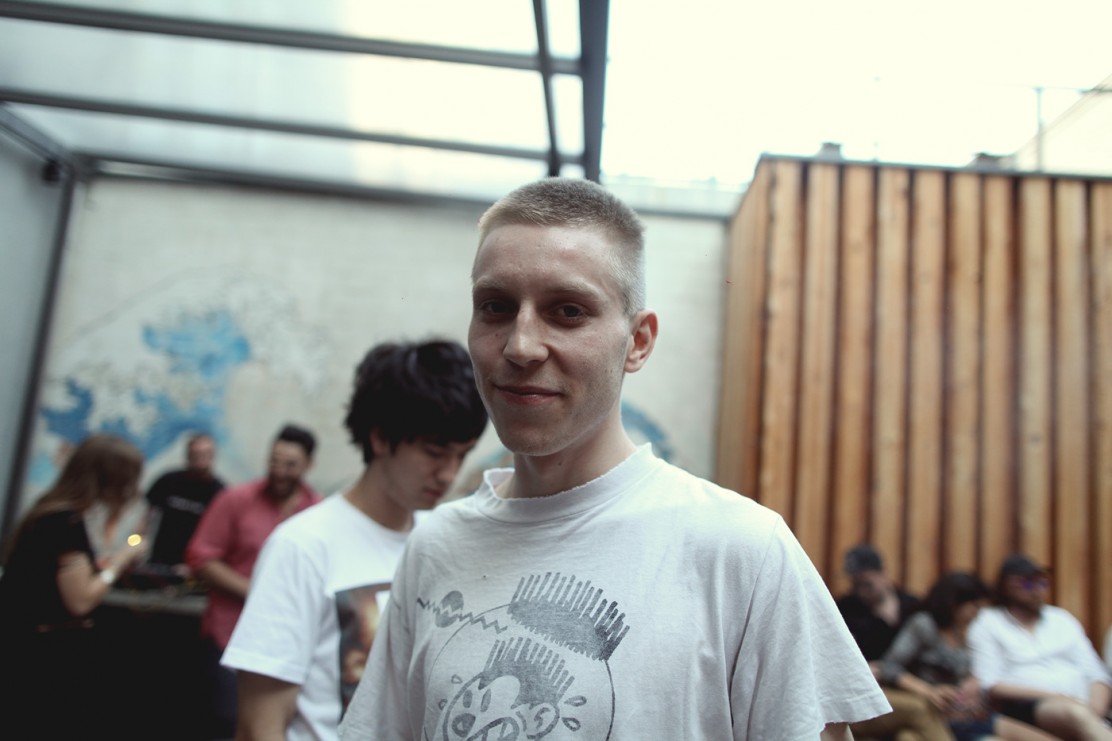 Right before leaving to Berlin, Florian Kupfer (known for his A+++ white label ‘Lifetrax’ on L.I.E.S. earlier this year) found time to answer some of our questions, supporting the mix he did for Wichelroede. Being a busy guy who doesn’t do interviews a lot, we’re happy to give you an insight on Florian’s vision on music, how his career took off and in which direction he’s going!

Hey Florian, what’s happening for you this weekend?
I am going to check out that new venue Humboldthain in Wedding, Berlin. Playing there alongside an acquaintance from Frankfurt / Offenbach on saturday!

Seems you are flying under the radar concerning yourself as a person/producer, so let’s do a short introduction. Would you mind telling a bit more about yourself?
I’ve always been a musician. Going thru phases with that, techno got stuck. Somewhere like six years ago I started making techno or house or whatever u wanna call it. I practice everyday, will continue… Maintain.

L.I.E.S. is a record label that mainly focusses on USA artists, how did your, as an unknown German producer at the time, debut release happen?
It was a night and Ron played at a club. Steve Summers also played live on that same evening. After that night we got in touch as we met briefly in the club before and u know how it goes on from there…

Although L.I.E.S. is popular right now it’s still amazing your debut white label sold out immediately and already had a repress. How do you cope with that success up until now? How would you describe your own, distinct, sound?
Thanks! I don’t know man, that’s not easy to say. I mean I am continuous working on music. Think if you work hard and honest the distinct sound is a part of you that comes thru. I don’t know if its distinct but it sure can tell u something about my personality.

Your output is pretty constant: you update your Soundcloud frequently with new tracks, snippets or rough mixes. How much time do you put into producing and would you mind telling us how the progress of working on something goes?
Yea I shared my workflow with the world… Like I said I practice everyday and work different. Don’t think just jam and record. But that’s just my way of doing it right NOW. It might change tomorrow!

Things are getting more serious now that you’ve signed up with Elastic and you seem to play a lot throughout Germany. What’s the best club experience you had lately and why?
I played along Vereker at a small more private venue in Berlin in May. The guys had a really nice sound system for that night and.. Was really intense. Very inspiring night!

You live in Wiesbaden, a city nearby Frankfurt. Do you wish to move to a bigger city soon or does Wiesbaden suit you well and does it feature a lot of options and possibilities for producers like yourself?
I probably move but where and when I really don’t know.

What’s next for Florian Kupfer? We’ve heard you’re going to do a follow up on L.I.E.S. soon?
I will bring out records, I’ve always wanted it but there is time involved. It definitely takes time to sort out what and when and why? L.I.E.S. records for sure.

Berlin is the place to be for (young) producers over the last couple of years. Do you know any fresh and upcoming German producers, like yourself, you like to share with us?
Hmm I really can’t say. I feel like I am not in the position to advice or recommend and I work alone until now. Maybe in ten years or so haha.

You seem like a reader to us, what are your favourite books?
I am not much of a reader but I sure as hell like to read the literature of Franz Kafka.